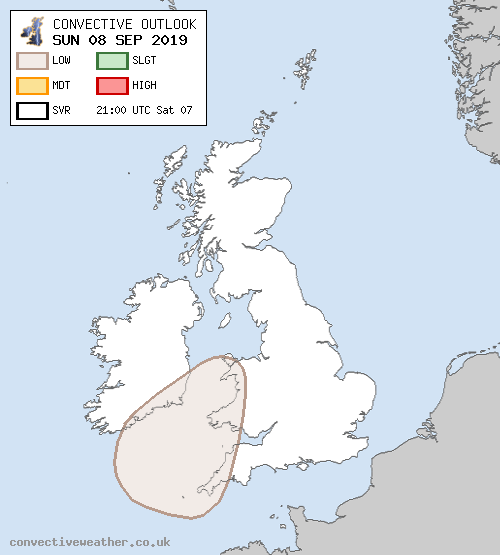 An upper ridge covers the British Isles for much of Sunday, generally preventing any notably deep convection from occurring. However, an upper low over the Low Countries will allow a sufficiently deep boundary layer for a few showers to affect primarily coastal parts of East Anglia and Kent, although the risk of lightning is considered very low.

Later on Sunday night, an Atlantic frontal system will push cloud and rain eastwards across Ireland and western Britain. As an approaching upper trough over the Atlantic digs towards the Celtic Sea, over-running the frontal boundary, the rear side of the precipitation in this area may exhibit increasing amounts of convection with perhaps a few isolated lightning strikes during the early hours of Monday. As a result, a LOW threat level has been introduced.