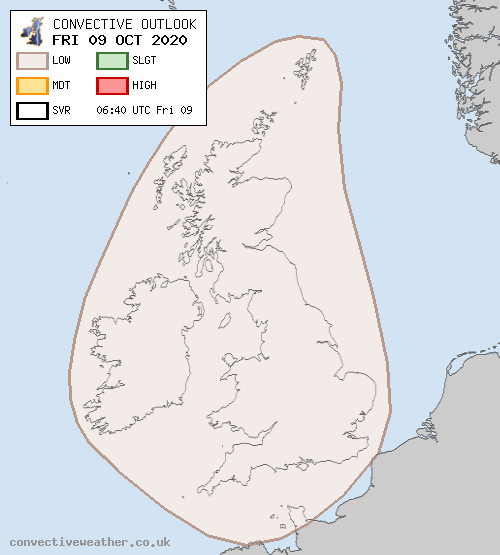 An upper trough will swing southeastwards across the British Isles on Friday, the associated cold pool creating an environment with steep mid-level lapse rates and a few hundred J/kg CAPE in response to relatively warm SSTs. A band of frontal rain will migrate southeastwards, followed by numerous showers, some of which may produce a few isolated lightning strikes. This risk is considered greatest near coasts of western Scotland and Northern Ireland initially, but also extending into the Irish Sea during the afternoon. Hail is likely in many of the showers, especially in the northwest, where winds could gust 40-50mph in the most organised cells.