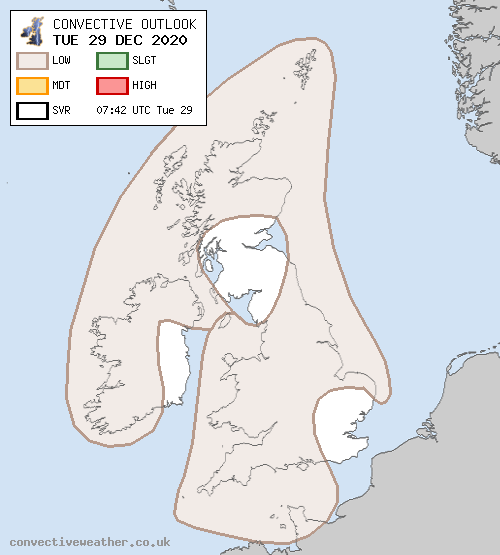 Similar setup to Monday, with a large upper trough covering the British Isles - the cold pool creating an environment with relatively steep mid-level lapse rates and a few hundred J/kg CAPE in response to SSTs. Numerous showers are expected over open seas, especially enhanced near small-scale lows and convergence zones, and such features may occasionally push further inland - especially across parts of northern England and the Midlands. Almost any shower may be capable of producing the odd isolated lightning strike, but the risk is considered rather low in any one location - and typically greatest near the coast. Perhaps particular focus may be west Wales / SW England / Channel Islands during the second half of Tuesday afternoon and into the evening hours.